Have questions? We have answers! Here are some of our most commonly asked questions. Can’t find the answer you’re looking for? Our helpful staff is ready to skate into action. Contact us and a staff member will reach out to you shortly.

When is the Enmarket Savannah Hockey Classic?

Where is the Enmarket Savannah Hockey Classic held?

Is there parking available at the Enmarket Arena?

Yes, parking is available on a first come, first serve basis. Parking passes can be purchased the night of the event(s). Ride shares are encouraged to the arena are encouraged.

Which teams compete for the Thrasher Cup?

This unique hockey match up features teams from:

Where can I get tickets to the Enmarket Savannah Hockey Classic?

Tickets can be purchased through Ticketmaster by clicking here. Please note that only single-night tickets are available. There is no combined ticket options available for both Friday and Saturday night. Your ticket is valid for both games on that selected night.

Are there any contests at the Enmarket Savannah Hockey Classic?

There are three ways to win big at the Enmarket Savannah Hockey Classic! Be on the lookout for your favorite on-ice promotions at the event.

Throw pucks at an on-ice target to win during the 2nd intermission of the 2nd game each night! Purchase your puck(s) at the Chuck-a-Puck booth upon arrival.

One lucky fan will have the chance to win up to $500 by taking shots at the goal from different locations on the ice.

Four lucky fans will have the chance to participate in the Enmarket Curling Competition! Two 2-person teams will alternate shots until the last rock has been pushed. The winning team will receive an Enmarket gift card!

In addition to the Hockey Classic, what else can I do on MLK weekend?

Enjoy your long weekend in Savannah with this helpful itinerary! Looking for more inspiration? Check out VisitSavannah.com.

What are my options for a hotel?

Savannah boasts a variety of options for lodging! Check out VisitSavannnah.com for a helpful planning experience. 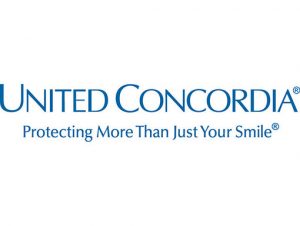